On the 27th November, me and some other boys went to a football tournament at Dormers Wells Junior School. We went to the football pitch, which was very muddy, and played 6 matches. At first, we didn’t play very well and lost our first two games. However, as the matches continued, our team was getting better and we encouraged each other to score. Then, we won our final two matches.  When everything was over, we didn’t win (sadly). However, we really enjoyed going to the tournament.

On Thursday 14th November, we went to the girls’ football tournament at Spikes Bridge Park. There were 16 teams and some of them looked difficult to play against. Our first match was against Blair Peach. Luckily, we scored 2 goals and won 2-0. Next was West Acton A and it was a draw 0-0 so we had a penalty shootout to decide the winner. We won! Then it was St Johns Primary School.  We lost 1-0 but we were still proud of ourselves.

After 2 matches, it was lunch time. The referees told us we were going to play in the top group during the afternoon (which meant we had a chance to getting to the semi-final and final). In our afternoon group, we lost one and won two games which got us a place in the semi-final.  Unfortunately, we lost our semi-final on penalties. Our last match was against Three Bridges in the third place play off. They won on penalties again! We came in 4th place so we got certificates.

We worked really well as a team and our performances improved a lot during the day.

Tudor Primary took part in a football tournament, that was held on Thursday 26th September 2019, in which Mr. Dowden was our coach. Our school gave it their best effort.  The matches were six a-side. The coaches were allowed to substitute their players. Our goalie stayed on for all of the matches because we did not have another one however our coach substituted the rest of the players because he wanted all of us to have a turn. Eventually, it was our turn to play the match and we tried our best to win but we lost at the end, which was very sad. We tried but lost almost all of our matches. We did manage to get a tie in a couple of our matches.  We did not want to wait till the end so we went back to school. It was a great experience and the team got better as the day went on.

We made it to school at 8:30 am. We weren’t that nervous, we were excited because football is one of our favourite sports. The team and I got in our kits quickly and were on our way. Once we were there, we put our football trainers on (football studs) and started our practice. During practice, we were defending and striking. After, we got split into two teams: team A and team B.

Jaskaran, Lovepreet, Yacoub, Arsh, Nikhil and I were in team B. Our first match was disappointing as no one put enough effort in. Mr Coakley wasn’t angry he said we had to remember two things: hard work and teamwork. He also said we needed to look at our mistakes and to not repeat them.  As the day went on, we improved and weren’t ashamed of how we played. Overall, it was a great experience and we had a great time. By Ava

We played well because we won two, lost two and drew one.  We also we went to semi-final which we sadly lost. Mr Coakley always told us to do team work and hard work because if you don’t do hard work or teamwork we will lose all the matches. So team A tried their best no matter what happens they carried on. At the end of the day we had an amazing day because we enjoyed it a lot and also we got medals. By Usman

These are the people who went to the tournament: Umar,Usman,Ridwan,Mehedy,Abdur-Rahaman,Kahin,Saihaan.

When I went to the tournament, I was excited before I started because some of the teams were really good.  I was nervous for the first match because I didn’t know how good they were but it was quite easy and we won 3-0.  In the next match we drew 1-1 and then we drew 2-2 after that.  In the semi-final we lost on penalties.  By Abdossami

Today I felt really happy because I got to play football and we got to the semi-final which felt really great.  We didn’t get a trophy but I still enjoyed it and so did my team.  I want to be in next year’s tournament and next year we will win! By Khalil

Twelve girls from Year 3 and 4 visited West Acton Primary School to play in a football tournament. The children had a very enjoyable experience and represented the school extremely well.  They even managed to win an award for the amount of respect they showed each other, their teachers, the other teams and the referee. Well done girls! 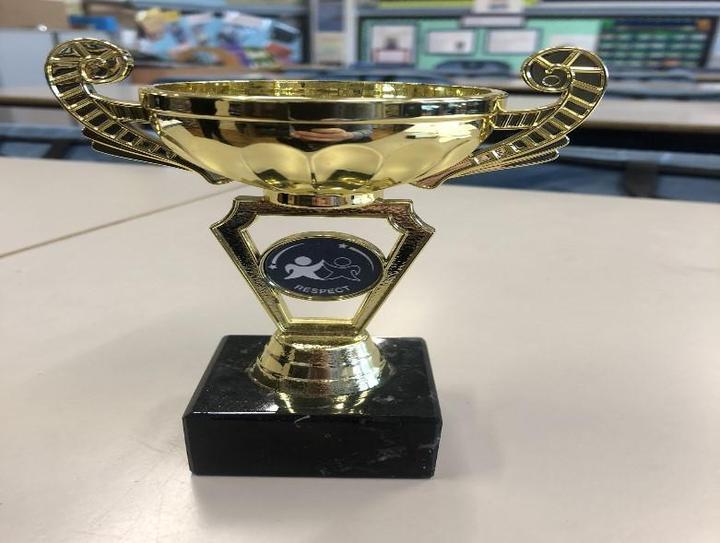 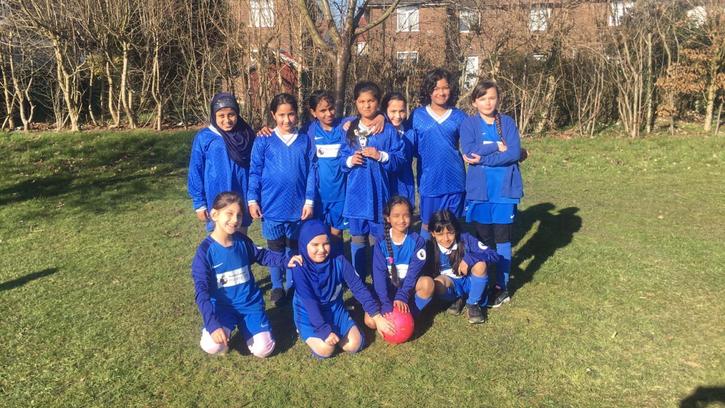 The team and I arrived at school, grabbed our blue, Nike kits and put them on as quick as we could because today we had big day ahead of us playing football from morning to afternoon. Then we set off. Our final destination was at Featherstone High School. Let me just say the pitch was enormous!  I looked at my team and we all looked really nervous, then, time went by within a blink and it was time for our match. We all had butterflies flying in our stomachs and finished the match 0-0. As did every other match in the morning until 1:30pm as we were clearly undefeatable. After, it was the knockout rounds and unfortunately we lost at the penalties. We played beautifully and almost scored many times but the Goal Keeper was really talented and blocked out one more goal than us. Overall, we all had an amazing experience and time. By Ava 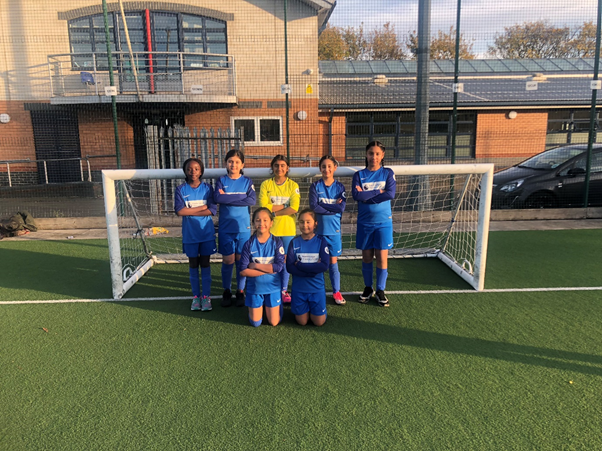 Once I got to school, I went and received the brand new kit [Nike]for football tournaments and I was standing out of my team because I was wearing a yellow kit (goalkeeper kit) but the others were wearing blue coloured kit. After, we arrived at Featherstone High School and one by one schools started arriving. Then the leader of the football tournament came called every school to come through the door and into the football pitch. I was amazed by the size of that football pitch. We started to play against a school and it started with 0-0 then I failed to save a goal and the score ended up to 0-1. The rest of the morning involved a lot of hard fought battles but in our last game of the morning Umar scored a free kick at the end of the game to give us 1-0 win!

It was a tough morning but the afternoon was much better. We ate our lunch after about 5 matches and we were split into four groups A,B,C and D . Then we played North Primary and we won that match by one nil. The day had been fun but even though we didn’t win we did improve as a team. I enjoyed and so did my friends.

Our first football tournament for the year 3/4 team was great! We went to Goals at Wembley and we played against 3 schools. In our first match luckily we won 1-0. Next, we put on blue and white face paint and it represented our school.

After that, we played another team and they were pretty good but we still managed to beat them and the score was 2-0. A mascot came along and was cheering us on, we felt really supported so that’s how we won the match.

Then we headed straight to another match and they were really rough and we lost 0-1 and our team tried so much but we lost. Then we went to the building so they can tell us that who were the runners up and the people who won the third place. The team that we lost to won the medals and the trophy. We were 2nd on our pitch and they gave us tickets for the QPR ladies vs West Ham ladies and a certificate in return.

We tried our best, we used our team work and we had a great time.

By Amrita and Corrine 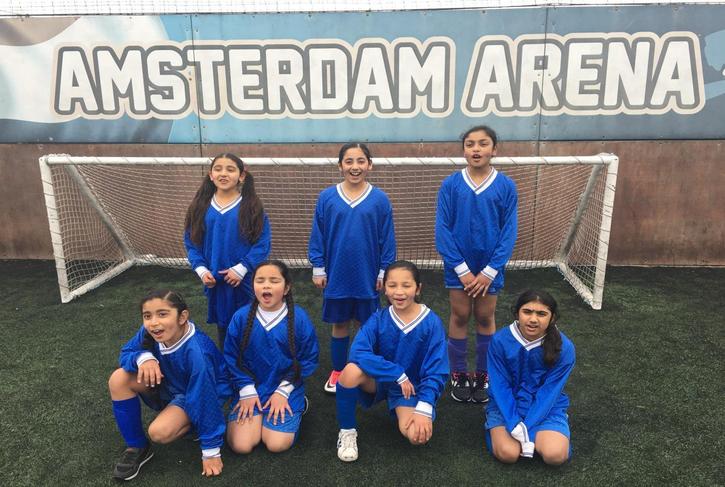 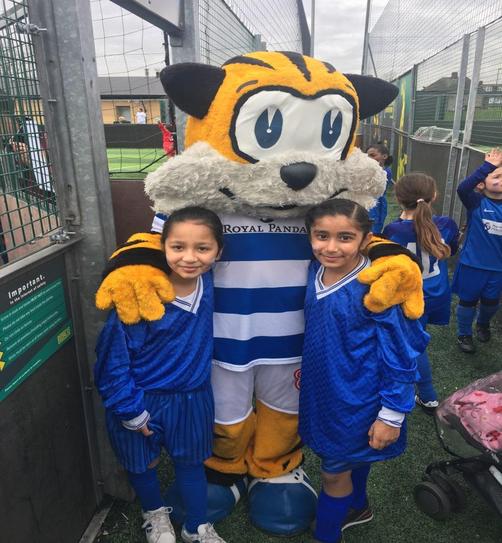 On the 18 January we had a Girls Football Tournament at Featherstone High School. In the morning our team had struggled facing some tough teams but we managed to draw some and unfortunately lose some. When we had got into the afternoon our team did great and won some matches. We had listened to Mr Coakley and Miss Afzal. They helped us get through all of the teams and were supporting us from the side line. The girls on the team supported each other while on the pitch. Mr Coakley was fair to our personal opinions in which position we all wanted to play in. He was fair to all us girls and switched us out to let others play. The girls would not get upset when the other team scored a goal we would just keep trying .It was a great afternoon and we improved all our skills and team work.

At the A-Team football tournament we were put in an extremely hard group. Despite that, we tried our best as a team and managed to win a few games and lose a couple. We worked together as a team and got through some difficult situations throughout the tournament. After a few games, all the teams were put into separate groups based on our performances from the previous games. After the adults announced which groups we were we then went to a different side of the Spike Bridge’s football pitch to compete against teams of a similar level. Some of my team mates told me they were scared of the other teams but I told them to keep their heads up and that’s exactly what they did. We had to wait one or two games before our one started. When our game started our two teachers (Mr Coakley and Mr Moraga) shouted for encouragement. Amazingly, our team won every single game that we played! The A-Team was extremely proud and so were our supporting teachers. We came first in our group and it was an amazing thing to achieve. After winning all the games as a team we felt over the moon. It was a great thing to accomplish and an amazing honour being chosen to represent Tudor Primary School.

B and C Team Football

On Friday the 15th December 2017 Tudor Primary School attended the football tournament at Berymede (Acton). 2 teams played head to head with 4 other schools in 10 games, which were hard fought. Everyone played well and deserved a big reward. Everyone enjoyed the tournament in addition to the training in the morning.

Unfortunately not the ones with chocolate chips.

Some cookies are necessary in order to make this website function correctly. These are set by default and whilst you can block or delete them by changing your browser settings, some functionality such as being able to log in to the website will not work if you do this. The necessary cookies set on this website are as follows:

Cookies that are not necessary to make the website work, but which enable additional functionality, can also be set. By default these cookies are disabled, but you can choose to enable them below: