When we went to the hockey tournament at Featherstone High School.First we played Berrymead primary. The score was one-nil to Berrymead . The team we played second beat us by two points.We were trying our best but we didn’t manage to score . After that match we had one more to play before lunch.Our third match we lost by one -nil again. Then we had our lunch and relaxed for a bit of time.Then after lunch we had played our fourth match and we managed to get our first goal but we lost by one.In our last match of the day we managed to win two to zero. It was a good experience because we learnt how to play with real rules and work as a team . I enjoyed it because it was the first time I played real sports without playground rules.By Yacoub 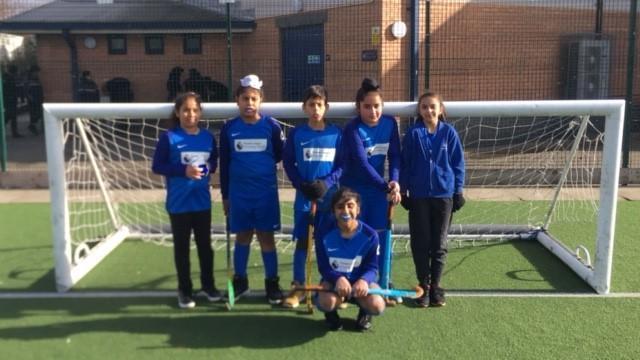 On Thursday we went to a hockey tournament in Featherstone. At the start, we were quite nervous but were given great pep talk by Mr Durrani; it built up our confidence. Half an hour later we were told the rules and then began our first match. Arvind was amazing and did not let a goal past him but no one had scored… Until Ikjot got a goal for the team and we had won our first match.

The next team we played against was extremely good but unfortunately we lost against them. However, we did not give up hope instead we worked harder . Throughout the morning, we lost to a couple ,won some and drew some as well . When the morning ended, we found out that we came third and started playing on the third pitch with various teams. In my view, I think that we improved a lot since the morning ; we were proud of ourselves