On Friday, we went to Allenby Primary School to play in a rugby festival. First, when we got there play leaders from year 6 at Allenby led us with some games which were really fun. After that, we were going to the field to play in a tag rugby tournament.  Our first match was with North Primary School and we got 0 points and North Primary scored 1 point. The next math was with Allenby Primary School and we didn’t win again.  We lost but at least we tried, had fun and got to apply what we had learnt in PE.  It was really a really good experience. 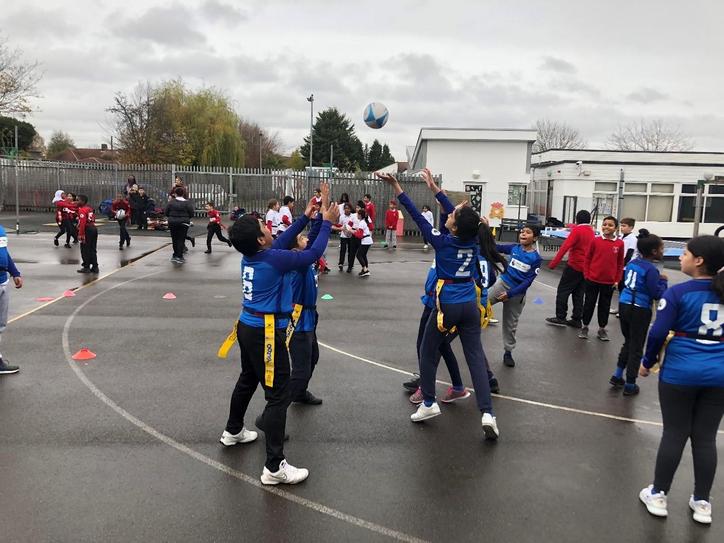 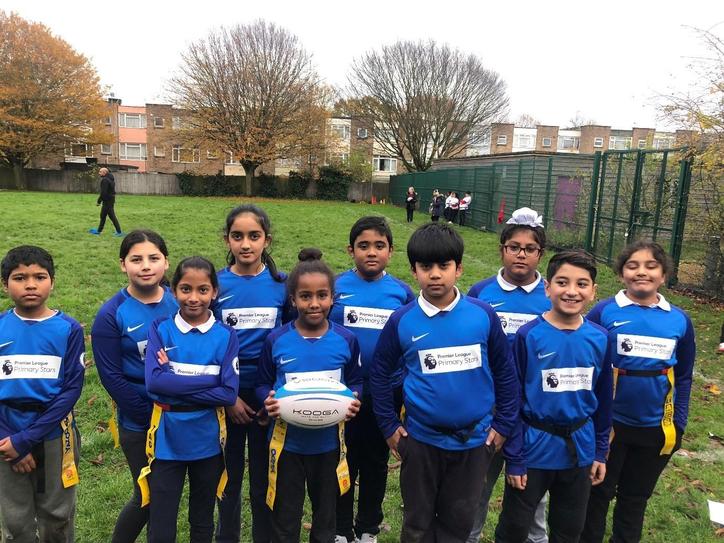 First, we walked outside of school and to the bus stop. Then, we waited for the bus and got inside. Everyone sat upstairs. We were playing lots of games. Then we went on the second bus then from that moment everyone got excited. Finally, we arrived.

We got off the bus and walked to a rugby pitch in Ealing. After that, we put our bags and coats down so we could practice. Everyone sped across to an empty part of the pitch. We needed to get ready for the matches. While we were playing and focussing, some people slipped but luckily no one hurt themselves. After about 20 minutes, we were prepared to battle others!

We waited a little bit, then we started. The first match was hard. We didn’t do that good but we did make progress. We worked as a team and passed the ball to each other. We scored several times. We were sweating. Some children sat out to rest. Our teacher let us eat a delicious snack while waiting. The second rugby match was really fun and exhausting. Amazingly, the third match was really good and the team made good progress. It was 10 times better than the first and second match. WOOHOO!

Our teachers were proud. Also, what helped us get better was the advice the teachers gave us after every match.

This was the best part of all. Lunch time!! We were so hungry and elated at the same time. We ate sandwiches and lots of food to give us energy. We then continued our practice. Luckily, the soggy, green grass dried up and no one slipped.

This was the interesting part. The adults made everyone sit down. We waited. While we were playing, they wrote down the points. They announced the points one by one. Two top teams played against each other but it wasn’t us.

Instead, we were playing catch with sir and the rugby ball. The ball went so high it almost touched the sky. It was so enjoyable. Finally, we went to play the last match. It was so fun.

At the end of the day, we grabbed our belongings and walked to the bus stop. We went inside. After, we got off and waited for the second bus again. Then finally, (after a big, long, tiring day) we arrived back to school.  It was a really amazing day.

On Friday the 23rd November we went to Allenby Primary School, next to DWHS. In the morning, we did competitive activities. We had lots of fun and it warmed us up. After lunch we had matches, there were two teams Tudor 1 and Tudor 2. The team was great they dodged all the tagging and ended up winning their first game. Tudor 2 won 2 matches but unfortunately we didn’t make it to the finals. Tudor 1 was also great. Allenby 1 ended up winning and Allenby 2 came second. Overall it was great and fun.

On Tuesday 6th of November my classmates went on a trip to compete in the tag-rugby tournament. When we first arrived we didn’t know most of the rules as we had only done tag-rugby  for 4 weeks. At first we luckily tied because the other team couldn’t score as we had put up a great defence. Unfortunately, we had to play against L’Ealing and we lost as they had been playing for years. In total we won 5 matches and we lost about 4. As this was our first ever tournament, we did quite well. Other teams captains came over to congratulate us. We also got to take a picture with a mascot horse which we named “Donkey Man”. 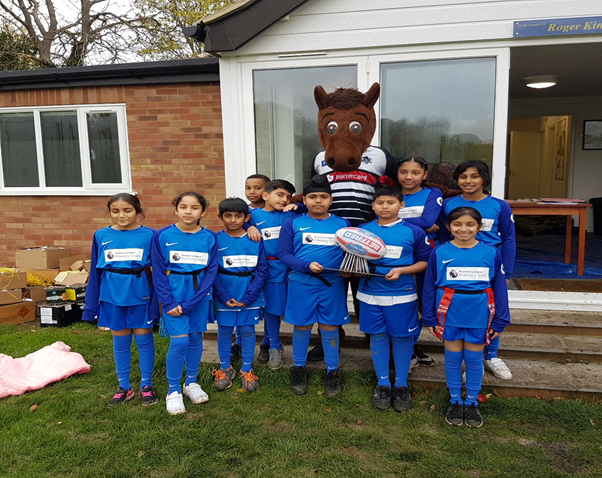 On Thursday 9th October, with several of my classmates, I went to Ealing Trailfinders to attend a tag rugby tournament, we had a lot of fun there. We were placed on the real grass pitch out of the two pitches and we began to get some last minute practise, we felt nervous when we first arrived. In the first 2 games we had a solid defence and no points were scored against us. That was only the beginning and it got much harder from there, we won with a two and one point difference to us. In the third match, we were beaten badly, we tried our best but our defence was not strong enough to fend off the opponents, in the end we were beaten by 3 points. This discouraged us quite a lot but in the end we decided to forget that we lost and we practised some more. At that point we were determined not to lose any more games but then we lost another game and this put our team spirit down by a lot, having two loses in a row is really discouraging but we still didn’t give up.

Unfortunately not the ones with chocolate chips.

Some cookies are necessary in order to make this website function correctly. These are set by default and whilst you can block or delete them by changing your browser settings, some functionality such as being able to log in to the website will not work if you do this. The necessary cookies set on this website are as follows:

Cookies that are not necessary to make the website work, but which enable additional functionality, can also be set. By default these cookies are disabled, but you can choose to enable them below: